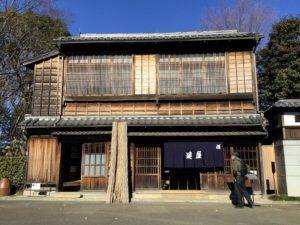 Recently I visited this museum who occupies the part of the vast Koganei municipal park ,
situated in the suburbs of Metropolitan Tokyo .
Mr Toshio Suzuki ,worldly well-known general producer of
Studio Ghibli often commented on this one and only museum in the one of his books.

In 1993, the Tokyo Metropolitan Government established 7 hectares Edo-Tokyo
Open Air Architectural Museum as part of the Edo-Tokyo Museum.
This museum aims to relocate, reconstruct , preserve and exhibit historical buildings of great
cultural value which are impossible to preserve at the actual places
as well as to inherit these valuable cultural heritages to future generations.

As well as the Inogashira Park , this municipal park reminds us the old days’ natural scenery of Musashino.

This museum is crucial place where director Hayao Miyazaki designed the world of “Spirited Away”.

The wonder town streets where Chihiro and her parents strayed in.
First of all , let’s visit “Kagiya “ an Izakaya bar where Chihiro’s parents were
turned into pigs. 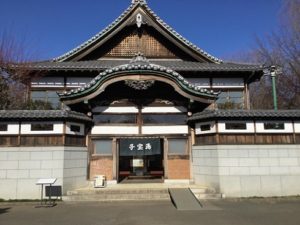 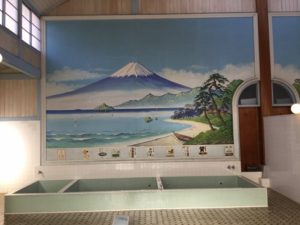 Secondly,Chihiro was named Sen where she started working at Yuya,or
the public bathhouse ,”Kodakarayu” is one of the models for the bathhouse
where you can find it at the dead-end of the streets.

Thirdly , please enter “Takei-Sanshoudou(stationery store) ,
you may instantly aware that it looks like the workspace of Kama-Jii ,the boiler engineer in the film.

Lastly, please ride on the model train or Toden 7500 series
where Chihiro and No face took to meet Zenibaa in the film.

After all,this is the very museum where all Ghibli anime fan must-see.
Please visit this Edo Tokyo Tatemono En with our French or English speaking guide.
In addition, The museum mascot, called “ Edomaru” is designed by Hayao Miyazaki.

Tour price as follows:
Tour materialization from 2 pax to 6 pax.
Including one entrance fee
Excluding lunch ,drink and tax.